While the world is reeling with questions, turmoil, and violence, I wonder where I am in the scheme of things. I see people with authority lying with arrogance. And many try to emulate that. I see and hear hurting people in their bodies and souls. I can feel them crying out for justice. Some even without the basic needs of safety or food. And I pray that God hears their cries and sends them help. I hope I am thinking of others, not just rules, like the Pharisee tradition.

Even in the time of Jesus’s ministry, there were hungry, suffering souls He fed and healed. And when He talked to them, ate with them, listened to them, He had fingers pointed at Him. Those pointing fingers belonged to the religious leaders.

What is a Pharisee?

“Pharisaism is a religious movement consisting of lay people (not clergy) who share a deep commitment to the Hebrew Scriptures and traditions. They believe the Jewish people have not yet been freed from the Romans because of the Jews’ tolerance of sin.”

The religious leader, who had this deep commitment to the scriptures, doesn’t sound bad, does it? But it says traditions also. And there were many, many traditions. The religious leaders saw themselves as the only ones living out the rules, customs, the law, and every minuscule detail. They took pride in their accomplishments. Anyone could see they were pious people. And they did it all on their own.

How could that translate into modern times?

Today’s religious leaders live pretty much the same way the Pharisees did. They work hard to follow all the rules and look like they have it together. Arrogance and pride are justified in their eyes. They are better than those sinners.

In this modern-day, our traditions will seem different than those in Jesus’s time. We indeed would never have condemned Jesus as those Pharisees did because we are His church. As Christians, we go every Sunday, and we take communion. We know all the words.

And we tend to respect those who seem so godly, possibly because we wish to obtain that or more likely that we want to avoid their criticism. I don’t always express how I feel because of fear of the backlash. If I want to live in peace, I think I better not talk about my views of the world and its problems.

But Jesus acted on His beliefs, and all but the religious hailed his ministry. He forgave sins. Jesus healed bodies. He ate with tax collectors who hated individuals for working with the Roman government. When He forgave sins, He gave the greatest gift of all. It was a chance to start over and be in the presence of God. God’s kingdom doesn’t throw all the guilty in jail or execute someone for a mistake or tell them they are getting what they deserve. Instead, Jesus brought reconciliation and the hope of a new future.

When Jesus felt the Pharisees’ harsh judgments, He would confront them with the truth. By asking questions, He sought to make them think about what they were saying.

But their version of the Messiah would come after all the sin in Israel was gone. And He would defeat their oppressors, the Romans. They saw a rescuer who would judge and destroy sinners, not forgive them and enjoy their company!

Jesus told them He came for the sinners to rethink their lives and turn to God. He tried to get them to question their assumptions and see things from a higher or more profound perspective.

Am I deepening my relationship with Jesus, or acting like a Pharisee?

I try to remember the scriptures and the way Jesus acted toward others. I don’t want to be an expert with assumptions and criticism but instead offer love, kindness, and mercy. How do I keep from being a Pharisee.

When I see injustice in the world, how can I not fight against it?

If I find those who are unjustly imprisoned, should I not work to free them?

When disaster occur and homes are lost, will I offer shelter and safety?

If foreigners flee violence and war, should I make room for them here?

Or will I turn my back on the hurting and lost, because they don’t live like me?

When people lose their homes through poverty, do I say they deserve it?

Will I ignore the sick because I want to stay well?

Should I horde my money, my country, my home, instead of showing hospitality?

When people come to our borders, are they welcomed, or turned away because we are full?

Can I be a part of Jesus’s ministry without loving as He did?

Get beyond yourselves and stop protecting your own interests; be sincere, and secure your neighbors’ interests first. In other words, adopt the mindset of Jesus the Anointed. Live with His attitude in your hearts. Remember: Though He was in the form of God, He chose not to cling to equality with God;

Lord, teach me Your ways. Please show me how to be like Jesus. Help me to be humble, kind, just, and gentle. Let me be filled with Your love, joy, and peace so I may share You with others. Please teach me how to show grace and mercy. Please don’t let me be a Pharisee.

(987)
65% Off $16.99 $5.89 (as of December 5, 2022 08:58 GMT +00:00 - More infoProduct prices and availability are accurate as of the date/time indicated and are subject to change. Any price and availability information displayed on [relevant Amazon Site(s), as applicable] at the time of purchase will apply to the purchase of this product.)

(1754)
25% Off $7.99 $5.98 (as of December 5, 2022 08:58 GMT +00:00 - More infoProduct prices and availability are accurate as of the date/time indicated and are subject to change. Any price and availability information displayed on [relevant Amazon Site(s), as applicable] at the time of purchase will apply to the purchase of this product.) 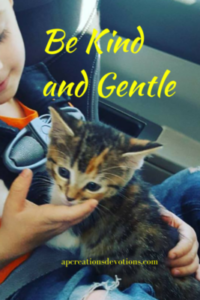 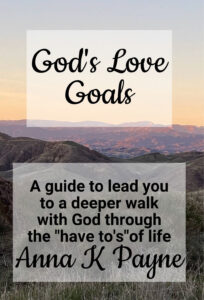 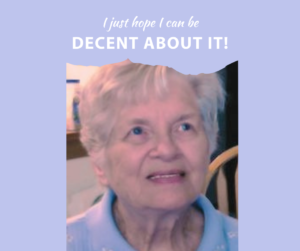