The newest Narnia movie is coming out soon. It brings back thoughts of my favorite Narnia characters. While I did enjoy the many fun characters in Voyage of the Dawn Treader – which is my favorite book, my favorite character is Puddleglum.

Puddleglum is in the book, The Silver Chair. He is considered by his family to be in need of settling down. He is too cheery by far. “I’m not going to lose an opportunity like this. It will do me good. They all say – I mean, the other wiggles all say-that I’m too flighty; don’t take life seriously enough. If they’ve said it once, they’ve said it a thousand times. ‘Puddleglum,’ they’ve said, `you’re altogether too full of bobance and bounce and high spirits. You’ve got to learn that life isn’t all fricasseed frogs and eel pie. You want something to sober you down a bit. We’re only saying it for your own good, Puddleglum.’ That’s what they say. Now a job like this – a journey up north just as winter’s beginning, looking for a Prince that probably isn’t there, by way of a ruined city that no one has ever seen – will be just the thing. If that doesn’t steady a chap, I don’t know what will.”

One of the things I like best about CS Lewis characters is they are so real. They are the people that we know and usually love. Sometime we meet people in life that are a bit pessimistic and we wonder, why are they putting a damper on my spirits and my mood? Why can’t they be a little more cheerful? Or why are they like this or like that. God made people different. So it is not surprising when we meet people who are different from us. They react differently than we do. They approach life differently than we do. He did this for a purpose. If we were all alike, then who would be the foot of Christ’s body, and who would be the eye? Who would be the hand?

Puddleglum was a kind soul, a bit pessimistic, but steady, sure, simple. When it came down to it, in the midst of a crisis, he believed and he stayed with that belief. He said: “I’m on Aslan’s side even if there isn’t any Aslan to lead it. I’m going to live as like a Narnian as I can even if there isn’t any Narnia.” So Puddleglum’s gift was firm belief and faith.

So remember, when someone seems different to you (or annoying or irritating), you are different to them. Be patient and kind. They are a part of Christ’s body, just like you are, just a different part. And we need them.

Rom 12:4-6 In this way we are like the various parts of a human body. Each part gets its meaning from the body as a whole, not the other way around. The body we’re talking about is Christ’s body of chosen people. Each of us finds our meaning and function as a part of his body. But as a chopped-off finger or cut-off toe we wouldn’t amount to much, would we? So since we find ourselves fashioned into all these excellently formed and marvelously functioning parts in Christ’s body, let’s just go ahead and be what we were made to be, without enviously or pridefully comparing ourselves with each other, or trying to be something we aren’t.

Danger in the Shadows (Prequel to The O'Malley Series) 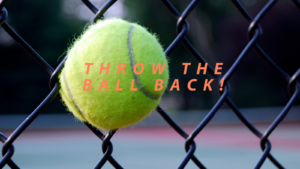