I’ll never forget the look on my mother’s face when she realized my father was talking to me, his daughter, like his sister. He was deep into a story of how he ran away to the army when he was 17. As he told the story and I pressed for details, he kept saying, “You know, you were there.” In the shock of dementia, my mom gasped.

My mother interrupted almost with anger and urgently. “She is not your sister. She’s your daughter!”

Confused my father quit talking and looked concerned. I was impatient with my mom because I wanted to know the story. I still don’t know the rest.

The Shock of Dementia

That was over 8 years ago. Through the years since my father lost his memories and his sight from glaucoma. My mother didn’t realize he wasn’t using his eye drops anymore.

The hardest thing my mother learned in the early years was my father’s forgetfulness would take away her partner. All the bills he paid, the insurance he kept up with, the computer work he did on taxes, all of that he would forget and not be able to do it. She would have to take over everything. She had to take away his keys, then his wallet.

The first year doing taxes was more difficult than she could’ve imagined. Even with him helping her, it was tough. He didn’t remember what he had done the years before.

When my parents were moved to be near my brother, they found over 50 bulbs they didn’t need. He would go to the store and buy another one, forgetting he had already done it. It was the same with everything.

She had to hide the mail

She had to hide the mail when he would try to give money to everyone who asked for it. He could no longer understand the concept of spam mail or junk mail.

After my parents moved near my brother, my father’s confusion increased. He wanted to go home and drive the truck. He lost the ability to live in the present and spent the remaining years in the past.

But somehow his past became confused. He had a brother named Johnny who never existed and his stories were generally passive. But his behavior reacted to television and my mom was reduced to only 50s television shows and then just music.

Through music, my dad would find peace. And when my mom sang to him, he would relax. She found that hymns brought the most relief for him and chased his fears away. And when she would pray with him, he would sometimes remember who she was. Those moments were the most precious for her. He would always say he loved her.

Through music, he found peace

My father was a peaceful man who never wanted to do anything wrong. His compassion knew no bounds even when he would run out of money. That sweet nature carried over into his dementia and his gentleness was remarked on by every caretaker. In this, my mom was blessed. Even when he didn’t know her, he was polite.

If you or your loved one is going through the shock of dementia, remember you are not alone. There are many places to find hope and help. Just remember every person is unique and their dementia will progress at its own pace. Read the stories and share your own. Join a support group online or in person. And find help.

About three weeks before he died, my dad gave my mother a gift. He said, “I always feel better when you are near me.” He might not have known her name or that she was his wife, but his comment gave her the greatest gift of all. His love.

He never forgot his Lord Jesus! He always asked my mom to talk about Jesus. It amazed her that deep into dementia, he didn’t forget his Lord.

And start recovering from the shock of dementia. 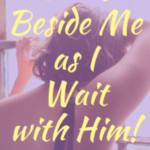 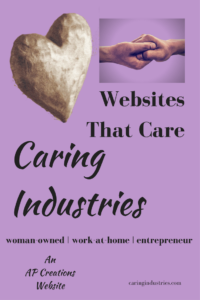 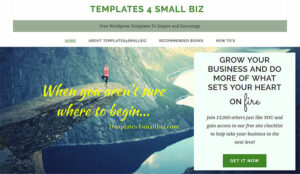