It began on a warm October day in Kansas when Ed, my future dad, threw a rock to get my mom’s attention. They met the night before, and after their introduction, they both walked away without speaking. But on this day, Ed, dressed in cowboy boots, slim blue jeans, and shirt, worked in the garage on machinery.

The sunshine warmed my mom as she sat on the back porch reading a book. In the evening she would lead singing for a revival meeting at the small Christian Church in town. Curiosity dragged her to the garage to ask my dad why he threw a rock at her.

That encounter began their unlikely relationship of friendship and then marriage just three months later which lasted over sixty-six years. They didn’t know how this love story would end. They lived in the present.

I always wanted to take care of you

They began married life in a two-room house, with a wood stove, no running water, and just electricity. Through the years my mom learned my dad could fix anything. He knew how to plumb and piped running water from the freshwater spring across the road. What motivated him? He didn’t tell her then, but two months before my dad died, he asked what my mom needed. He followed this question with: “I always wanted to take care of you.”

My father grew up as the third son in a working family. He was always the one who got sick before anyone else. He always loved teasing and enjoyed having fun. His mother died when he was two. So he looked up to his older brother, Paul, for fun times, laughing, and getting into trouble together. When his father remarried and his wife, Mamie, gave birth to a little girl, Norma Jean. Now, my father had a little sister to care for and he took his job seriously.

One day, years later the two brothers went behind the shed and gorged themselves on what looked like nuts. They were old peach pits steaming hot in the sun. They were poison. My dad got sick to his stomach and threw up fairly quickly, but his brother, Paul, did not. He died from it. My dad lived.

He strived to take care of everyone

My father’s life became much darker after that. And when his brother was gone, the light disappeared from his eyes. From then on, he strived to take care of everyone. He did his best to stay out of trouble and make his father happy. Little did he know that his own father’s heart was broken and it would take many years to heal.

Through the years he gave of himself. He bought coats for the children of the evangelist staying at his father’s house during a revival because they had nothing to keep them warm. He gave his all in combat and tried to take care of his friends but stay out of trouble. When his children were born, he took their care seriously. He did his best at being a provider, a Christian, a husband, and a father.

He tried to be a pastor but couldn’t bear standing in front of people to talk. His parishioners raved about his one-on-one care visits. His generous and loving spirit drew people to him. But after his fourth child was born, he knew that he needed to find a different way to support them.

He taught the basics of repair

Even though he didn’t graduate from college, he learned a new word every day. He enjoyed reading science fiction and working with electronics. He introduced my brothers to the world of ham radio and taught them the basics of repair.

Because he knew what it was like to be a pastor, he made sure we provided meals for youth ministers, invited missionaries to stay with us, and gave generously to the church.

Throughout his life, he tried to take care of us. We knew we were loved. My mom knew she was loved even when they fought. His care of others permeated our home and our lives. It is something he handed down to his children and his grandchildren.

God is compassionate and loving

My mom and dad celebrated their anniversary just two months before he died. They sat together at the table where she fed him lunch. The caretakers provided them with flowers. Later in their room, my mom helped him settle into his bed. She turned on his music and prayed with him. And then her precious moment when he said, “I always feel better around you. I always wanted to take care of you.”

And learn how to be a gentle and compassionate caregiver.

The Negotiator (The O'Malley Series #1)

(1129)
58% Off $15.31 $6.40 (as of December 8, 2022 09:41 GMT +00:00 - More infoProduct prices and availability are accurate as of the date/time indicated and are subject to change. Any price and availability information displayed on [relevant Amazon Site(s), as applicable] at the time of purchase will apply to the purchase of this product.)
Christian Romance FBI agent Failure Henderson, Dee 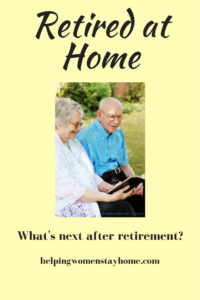 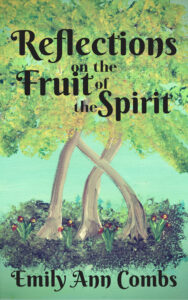 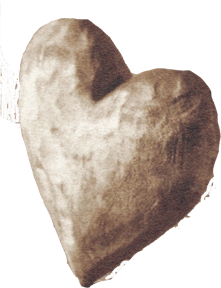